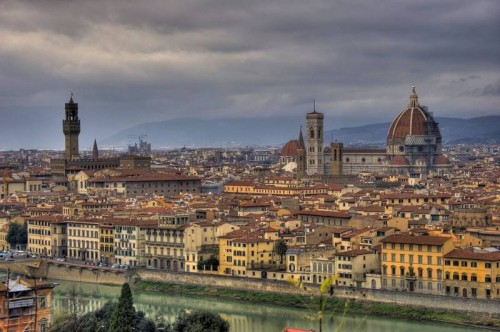 If you are planning a trip in Tuscany, here we go some unmissable exhibit: from fashion to sculptures, throughout Etruscan and Napoleon, till contemporary art.

Below what you will find in Tuscany during the upcoming months.

In Prato, at the textile Museum, a show will celebrate the Italian stylist Gianfranco Ferrè: “La camicia bianca secondo me” (the white shirts in my opinion”). From February till the mid of June, you can admire items belonging to personal collections of this important protagonist of Italian fashion. Throughout photos, displayed even in a video editing, you will see the beautiful Ferré’s shirts wear by all time top models: Kate Moss, Amber Valletta, Linda Evangelista, Marpessa… http://www.museodeltessuto.it

At Cortona, in March an exhibit in collaboration with The British Museum, Holkham Hall and the MAEC (Museo dell’Accademia Etrusca e della Città di Cortona) will take place, entitled “Seduzione Etrusca” (Etruscan Seduction).
Archeological artifacts, paints, statues, and other items gathered all together because of important loans, for rebuild not only the Etruscan world, ancient civilization that was living in Italy prior of the Romans, but also the English passion for the Etruscology.
Untill the 31st July 2014.  http://www.cortonamaec.org/seduzionetrusca/

It’s an homage to Napoleon the exhibit which will take place in the island of Elba “Napoleone. Fasto imperiale. I tesori della Fondazione Napoleon”, in the bicentenary of the presence of the French emperor in the small island after his exile. Among the more than 200 items, you must see the well-known “chapeau” represented in some of his official portraits, many jewelleries, drawings, paintings, tobacco’s items, clothes….coming from France.
Until September 2014.

In Florence, big expectations for 2 shows. The first is a tribute to the biggest sculptor of all the time: Michelangelo Buonarroti, for the 450th year since his death. Where? Obviously in Galleria dell’ Accademia, where the huge statue made by Michelangelo at the beginning of 1500 is normally exposed. The exhibit, “Riconoscere Michelangelo”, will open the 18th of February and will run until the 18th of May 2014.

Another exhibit awaited in Florence is the one hold in Palazzo Strozzi, dedicated to Pontormo e Rosso Fiorentino, 2 painters who decided to turn against the classicism, to become two masters of the “Manierismo”. From the 8th of March to the 20th of July 2014.
http://www.palazzostrozzi.org/

At Lucca, unmissable for those who love the contemporary art, the Biennale Internazionale “Cartasia”, that put together one of the most important product of the Tuscan territory, the paper, and the art. So, through an international contest this bond will become truth, bringing 10 artworks in the squares of Lucca (like the Romans amphitheatre or Piazza San Michele). Artworks in open spaces during the summer period, exactly form the 28th of June to the 2nd of August, for a project which involve the Istituto Italiano di Cultura of New York, San Francisco, and Metz in France, and the Holland paper Biennial.  http://www.cartasia.it/

Your accommodation: Florence is an excellent base for your tour in Tuscany. I would recommend an apartment in the heart of Florence
http://www.florenceapartmentsmm.com/

View all posts by luca →