Porto Recanati: a gem in the Conero area 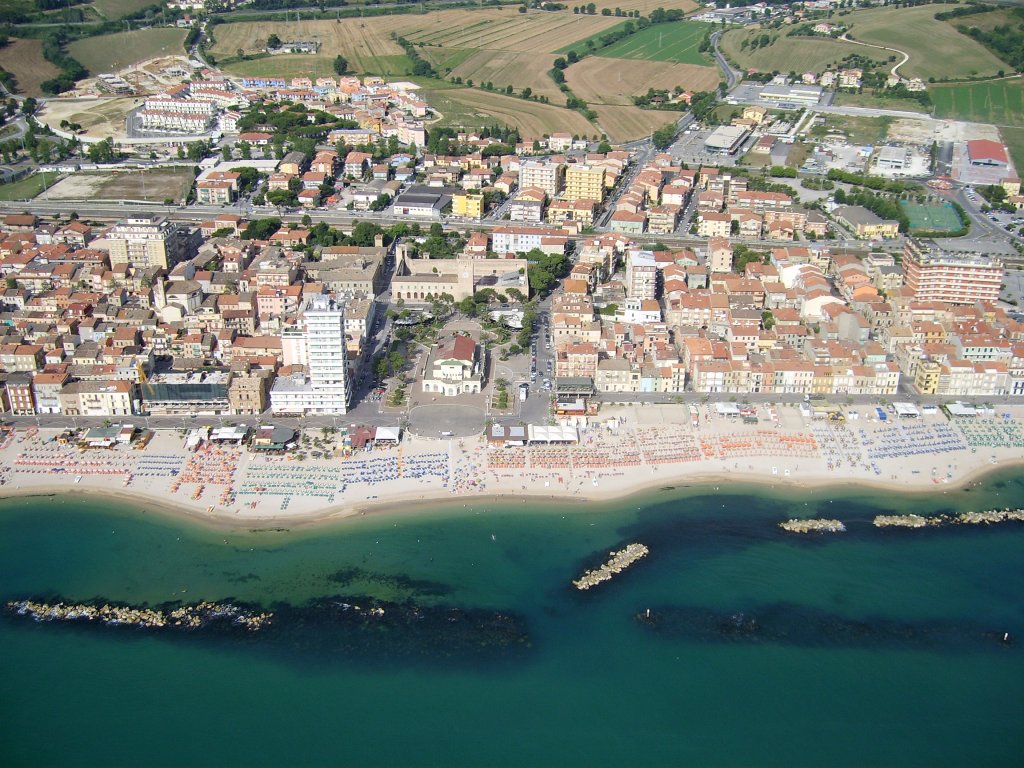 In the Marche a cheerful town located at the base of Mount Conero, Umbria-Marche Apennines will amaze you: we are talking of Porto Recanati an authentic gem on Italian coast. Porto Recanati was renamed with the elegant definition “the drawing room of the sea” for its wonderful coastline that faces a crystal clear sea. Their land was rewarded with the European Blue Flag for the amazing beaches, for the services and for the water quality. In addition to the beautiful coastline where there are accommodations of all kinds, (very famous are camping in the area); in addition to its beaches which can be accessed directly by a cool pine forest, Porto Recanati enchants with its charming downtown made of colourful houses typical of fishing villages.

In its central square Castello Svevo is the protagonist. Built in the first half of the thirteenth century, within its walls, where once snaked all community activities, very interesting cultural events take place today, especially during the summer months. In the large courtyard it has been hosted the arena named after the tenor Beniamino Gigli which was from Recanati and  during the summer it becomes the stage for a large calendar of cultural events.

Besides the innate beauty of the place, that this is worth visiting, in Porto Recanati there is much to do and see: the Abbey of Santa Maria  that began as a hospital for pilgrims and merchants for whom passed from here on their journey to the Holy Land and to the Shrine of Loreto. Another highlights are Chiesa di San Giovanni Battista (Church of St. John the Baptist); Chiesetta della Banderuola (Church of the Vane) built to remember that Porto Recanati has welcomed the Holy House of the Virgin Mary; the Chiesetta del Suffragio (Church of Suffrage) built in the early eighteenth century, which houses a painting of the Madonna with Saints Francis and Paul Andrew (patron Fishermen) who holds a mullet to witness the devotion of the fishermen for the Holy.

Among the museums you can visit the Municipal Art Gallery and the interesting exhibition of Roman statues from the site of Potentia.

Not far from the city centre there is an archaeological site where they were found many artifacts that have given way to “resurrect” the Roman city of Potentia, which testifies to the origins of Port Recanati as a Roman colony.

Porto Recanati is one of those places where you feel good, where life is really nice: its many cycling routes allow you to visit this place with ease and full of nature. The waterfront is closed to traffic and it is very safe for children and then there are his campaigns in which we can be to go by bicycle along the bike paths and where you can come to Loreto.

But the livability of the place can be seen even at the table. There are plenty of local specialties that make the city attractive also in terms of food and wine. Typical products involves land and sea. In the first place we mention the famous fish stew, celebrated in June during the “Settimana del Brodetto” (Week of the broth), the excellent “pane nociato”, a luscious and particular type bread that is produced during the fall and that is tasty with pecorino, parmesan, pepper , nuts and raisins.

And then, to wash it all down, there are the well-known wines from the Marche Rosso Conero and Verdicchio that need no introduction. Like all Italian towns with ancient history  even Porto Recanati is very attached to its traditions, which are celebrated with events, demonstrations, processions, festivals.

Among the many events that are organized in Porto Recanati include the “Festa del Mare” (Sea Festival) which takes place every year on the second Sunday of the month of July. A festival dedicated to the sea and the fishermen who parade with their vessels in a moving procession behind the canvas of the Madonna del Soccorso. Legend has it that this painting was found in a box left in the network of a fishing vessel that miraculously saved from a shipwreck. For the occasion, you can enjoy local seafood.

During the month of August are held the Fires of August, a fireworks display exceptional. Another event is the very followed is  Bara de Notte which takes place on Good Friday. It is a procession that has ancient origins (held since 1713).

On June 24, Porto Recanati celebrates the patron Saint John, tradition which takes place between the sacred and profane rituals and legends. In fact many beliefs related to “night of St. John,” traditions that have been cultivated for decades of which is still possible to hear stories from the elders of the land. Very impressive the Historical Palio di San Giovanni which relives the traditions of fishing through the “sciabbega” boat fishing feature.

There Are also organized sporting events such as cycling races, marathons, the motorcycle rallies (one, for example, is the Ducati Day).

As for the festivals include those related to food as “Sardo to Scottadetu”, a festival that celebrates the sardines, or as the “Festa del pesce azzurro” (“Festival of the blue fish”), the ” Festa dell’Agricoltura e dell’Artigianato (Fair of Agriculture and Crafts), an event that celebrates products Porto Recanati and its precious craftsmanship.
Besides exhibitions of painting, sculpture, photography that reveal the cultural side of this beautiful resort.

An ecological holiday is recommended to discover the area: Porto Recanati is characterized by the large space devoted to cycling routes. These are long trails that unfold near the seafront livelier and then you are forwarded into the surrounding countryside to discover the most beautiful locations always surrounded by nature, and  you can also reach Loreto. 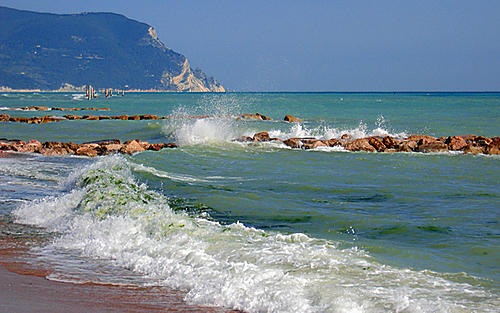 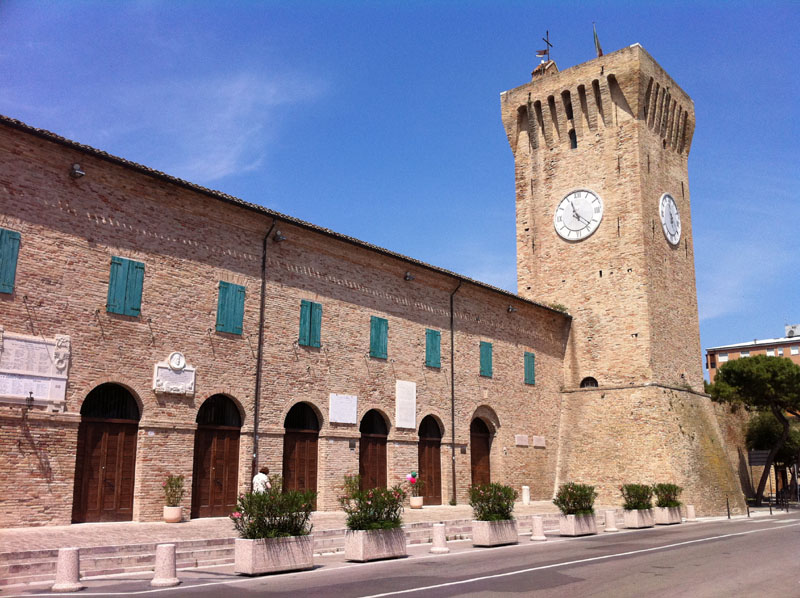 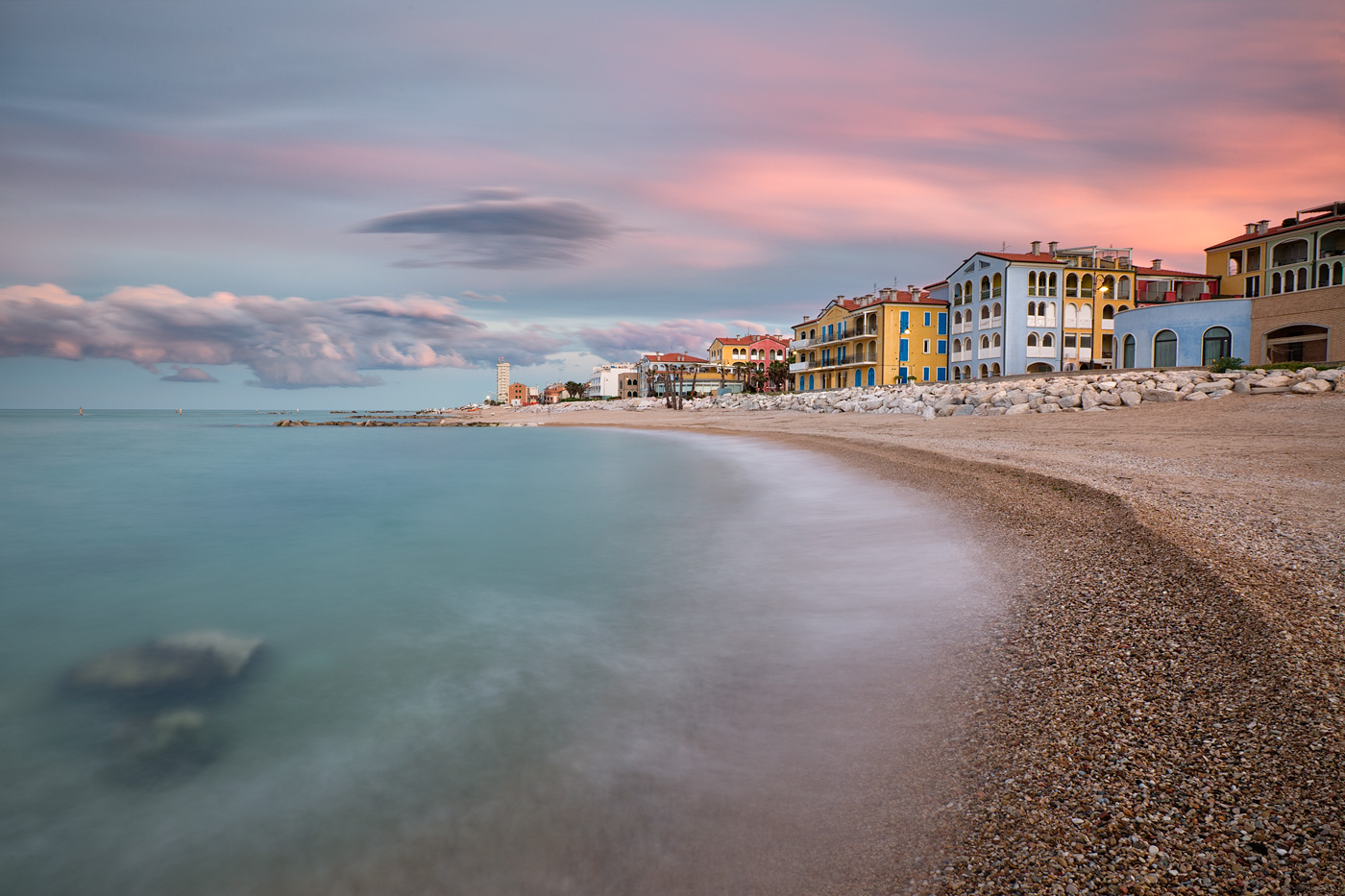