The Delta of Po river 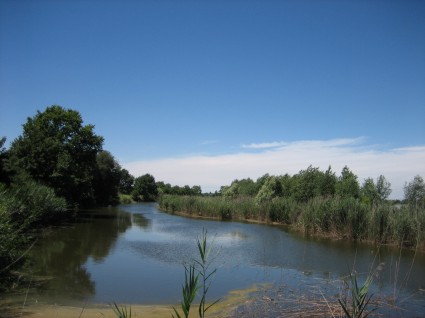 Historical Po Delta in all its majestic splendour: 652 km in length, an average flow rate of 1,500 cubic meters and a catchment area of ​​about 75,000 square kilometers. This impressive waterway traverses several different environments; the last section in particular, has the typical characteristics of rivers of the plains. With its shallow, warm, rich vegetation and muddy bottom of the Po is characterized by a mouth on the Delta in continuous transformation.

The delta of this river has always been a very special environment, where the boundaries are subtle nuances between land and water, forming a mosaic of environments rich in fauna and flora which are intertwined with the stories and traditions of the people who populate it.
A coast evolving characterized by ancient sand dunes, which represent the next evolutionary stages, a flat hinterland characterized by large areas of forest that have changed over time and minimal differences in height on which it is resting on the design of the remediation and lagoon valleys in part remained intact and partially modified by the actions of remediation, are the three main areas that make up the complex system of natural  Delta Emilia.

It starts from the asparagus festival, good for body and spirit, that paints the countryside of  Mesola and his forest green. Presumably originated in the Middle Ages on sand dunes, formed by the Po di Goro and the Po di Volano, the Mesola Wood is now the largest wooded area of Ferrara. The soil is alluvial in origin and has an irregular pattern might indicate the presence of ancient dunes, which at times form of standing water, with marsh vegetation.

At one time the forest, being surrounded by swamps, welcomed many varieties of birds, typical of wetlands; the dramatic reduction of fauna, caused by drainage works, has been hampered by the creation of a wetland within the forest, called Elciola, generally closed to the public where they find refuge ducks and herons. The result of these sandy soils and wetlands, is the classic green asparagus of Altedo that has been awarded the IGP. The town of Mesola to celebrate this beneficial vegetable organizes each year a rich and tasty program, which includes exhibitions, guided tours, tastings and recipes. The festival this year will turn asparagus both in the streets and squares of the village is within the premises of the Este Castle and of course will extend in the natural reserve of the secular Gran Bosco della Mesola, where between Ilex, Olmi and Pini born asparagus .

The opening of the festival will be asparagus Friday 25 April, and will kick off nine days filled with appointments. Do not miss the guided tastings of local products and of course asparagus: the risotto, omelettes and even the sweet asparagus are just a few of the recipes.
Markets thematic exhibition of agricultural machinery, panoramic train, hot air balloons and carnival, will enliven the Festival of the asparagus, making it a perfect event for families with children, for which they have been provided for games and labs tricks.

Continuing in the direction of the sea, following the road Romea, a path of great historical interest because it partly follows the route of an ancient medieval road that connected Venice to Rome  and had commercial function, you can not not notice the bell tower of the Abbey of Pomposa, which for more than 950 years, supervises the surrounding territories and marks the passage of time. Today Pomposa Abbey is an architectural complex of inestimable historical value whose bell tower rises from the Parco del Delta del Po.
The insula Pomposiana, known since ancient times, it was in fact originally surrounded by water. We have news of a Benedictine abbey, smaller than the current one, as early as the ninth century, but the settlement of the first monastic community Insula Pomposiana dates back to the sixth-seventh century.

Until the fourteenth century the abbey enjoyed a particularly thriving, thanks to donations and thanks to the different properties of some of the surrounding land and others in the rest of Italy. Then came a slow decline, due to geographical and environmental factors, such as malaria and waterlogging in the area, also caused by the deviation of the riverbed of the Po (route of Ficarolo, 1152).

After this brief blast from the past, the journey back towards what was a small Etruscan settlement now known as Comacchio.

Comacchio is, from the point of landscape and history, one of the major centers of the Po Delta. Had its origins some two thousand years ago and during its history it was subjected to the power of the Exarchate of Ravenna, the Duchy of Ferrara, and finally entered the territories of the Papal States.
Sort by the union of thirteen small islands (sand dunes, coastal) formed by the intersection of the mouth of the Po Primaro with the sea, has focused its development, in terms of urbanism, on the economy, but especially on the element distinguishes the water.

To enjoy the many traditional recipes of Comacchio, all fish and eel, and to enjoy the hospitality and truthfulness of this fishing village, the “Festival of cuttlefish and mantis shrimp” held in Porto Garibaldi, fraction the town of Comacchio, it is definitely an event not to be missed. On this occasion, the masters of the local cuisine is on offer to all visitors succulent recipes with squid, shrimp and local fish, cooked according to ancient tradition. The Rite of cuttlefish and mantis shrimp is not only food and fish market. Besides being able to enjoy the delights of traditional “comacchiese”, guests can take advantage of the numerous activities in the program.
Markets and exhibition areas dedicated to children will make walking pleasant and fun, the performances of the boys of the local gyms along with concerts that are taking place during the festival of cuttlefish and mantis shrimp offer fun leisure time. You can explore the lagoon aboard a ship, you can enjoy the many initiatives proposed by tour companies who organize tours in this period towards the sea, the coast and the interior of the lagoon. Check also the cuisine of Ferrara: it offers delicious pasta dishes made ​​with pumpkin and fresh pasta and meat dishes accompanied by tasty side dishes. 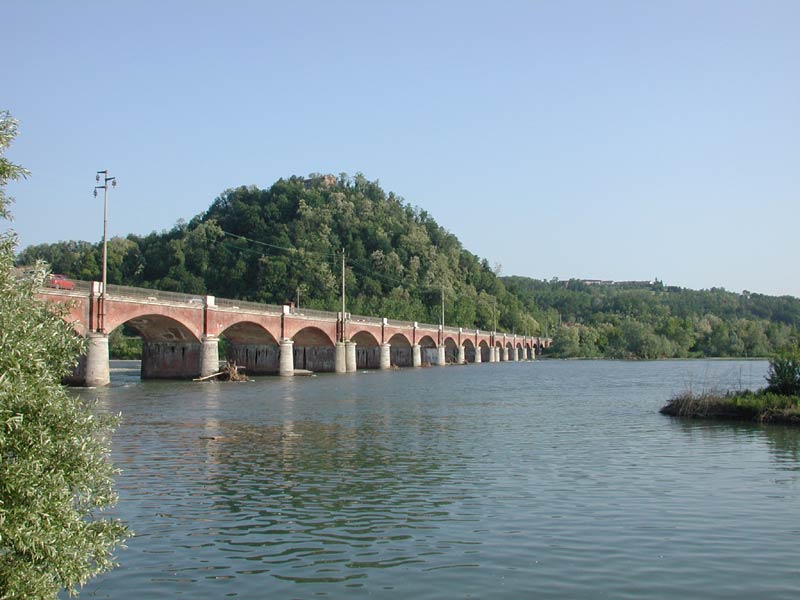 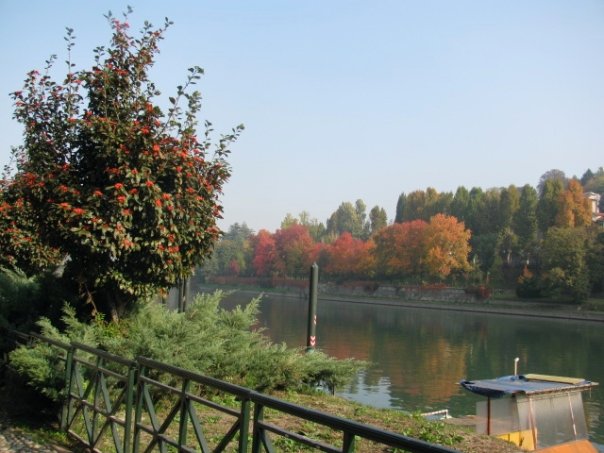 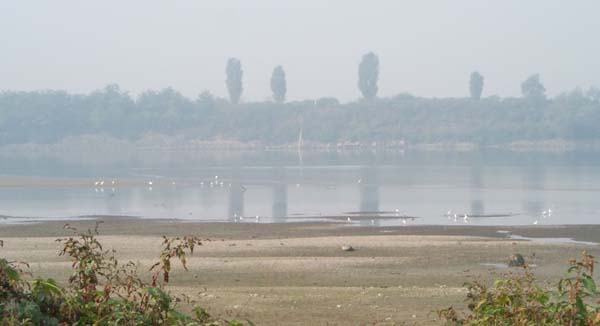 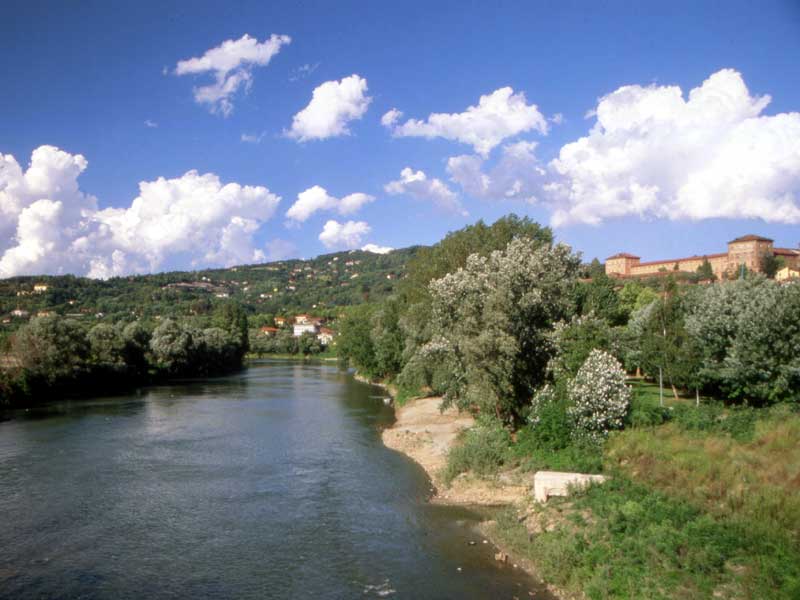