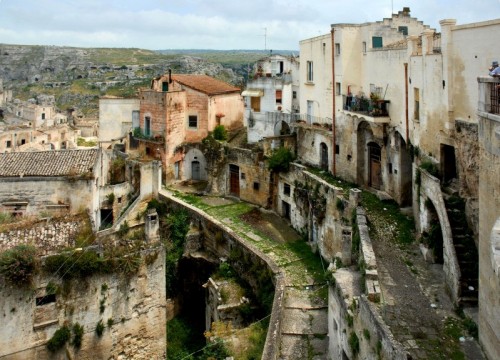 “… When I left the station [… ]The city was not there. I was on a sort of desert plateau … This desert rose, scattered here and there, eight or ten grand palaces of marble … I finally began to look for the city … I came to a road that has only one side lined with some old houses, and the other ran along a cliff. At the precipice is Matera […] These inverted cones, these funnels, are called Sassi. They have the form in which, at school, you picture Dante’s Inferno landscape… “. [Carlo Levi]

So the great  Italian writer Carlo Levi  describes Matera in its memoir “Christ stopped at Eboli” giving an account of his exile from 1935-1936. Today the city  has been freshly nominated as European Capital of Culture for 2019  together with Plovdiv in Bulgaria, exactly on 17th October 2014. In response to centuries of poverty and isolation, Matera has become a vibrant and  friendly, with a culture that thrives on contemporary events and history. And the world knows it.

The city is the capital of the province, the second city of Basilicata with less than 60,000 inhabitants. The old, splendid core of the city is developed on the bank of the ravine that bisects the valley, known as the Gravina di Matera. An amazing complex of caves and natural cavities dug by men’s hands, small and interdependent buildings leaning against each other, made ​​of the same limestone that forms the mountains, it provides for  the eyes of the traveller, overlooking the square of the cathedral, an  astonishing horizon. On the opposite side you can see in the mountain several other caves that were inhabited by solitary hermits.

Matera indeed will strike your imagination.  Thanks to its the ancient and primitive scenery given by the Sassi, many famous filmmakers came and use the scenario to showcast ancient Jerusalem. Among the others, in 1964 Pier Paolo Pasolini got inspiration for one of its masterpieces, “Il Vangelo secondo Matteo” (The Gospel According to St. Matthew ) a great spiritual movie. The same happened years later with Mel Gibson and its “The passion of Christ” of 2004.

Starting from its periphery, characterized by surfaces gullies, Matera is different from any other Italian city. TIts parts belongs to different eras: the oldest is composed by the famous “Sassi” that the spur of the Civita join with the Cathedral; the medieval-Renaissance extends along “the Plan” on the edge of the Sassis; and finally, it comes the new city, with elegant districts created by the most famous Italian architects.

A tour through the narrow streets leads to the first of many beautiful churches, many of which are underground. Dominating is  the town‘s Cathedral, a fine example of Romanesque, with a rose window on the facade of local stone. Continuing you can see the Church of San Pietro Caveoso of the twelfth century, built overlooking the rock of the same name, while the stone opposite are St. Peter Barisan which originally dates back to the XI century and is largely carved out of the mountain, and St. Augustine of the late sixteenth century, built on a rocky crypt of the twelfth century.Nearly 130 churches are located in Matera, many presenting  frescoes, altars and sculptures. They are partly excavated and partly complemented by walls or underground. Most of them date back to the greek Byzantine Monastic civilizations between the eighth and thirteenth centuries.

Of great interest the many rock churches that are along the way; some of them are now home to important exhibitions of contemporary art, especially in the summer. The opposite side to the village offers an equal wealth of evidence and the ability to discover a pleasant walk: St. Nicholas dell’Ofra, Our Lady of Crosses, the crypts of Sant‘Eustachio, Our Lady of Monteverde, Our Lady of the Angels, the Madonna del Giglio, Santa Barbara, and beautiful frescoes of St. Nicholas of the Greeks.
Other churches dot the inner fabric of the city: St. John the Baptist, of the thirteenth century, as St. Dominic and St. Francis of Assisi, largely modified in the course of the eighteenth century, a period which also dates back to the Church of Purgatory. The small church of Mater belonged to the Knights of Malta, dating from the seventeenth century. The complex of Santa Chiara, however, dates back to the sixteenth century but was extensively renovated two centuries later. The unhappy story of Conte  Tramontano also binds to one of the castle that he decided to build during his rule, and which remained unfinished.

From the Sassi to the rich natural surroundings and history, all in Matera speaks the language of emotions and culture who welcome and enchant the visitor.
Matera is rich in ancient culinary traditions linked to the history and local culture. In a visit to Matera you cannot miss the tasting of local products. Besides the famous Matera bread and wine, the city offers simple food,  good to enjoy in every season. The advice is to not lose the goodness of ingredients like extra virgin olive oil, mozzarella, cheese, sheep’s milk cheese. Even legumes are the pride of the cousine in Matera.
The dish is perhaps the best known is the Pignata, featuring meat sheep cooked in a clay pot with herbs and vegetables. Equally famous is the Cutturiddu, mutton cooked in a pan with tomatoes, peppers, potatoes, onion, garlic, olive oil and a pinch of salt. The red fedda  is rather a slice of grilled bread with olive oil and salt. All these dishes match very well with the red wine DOC Matera, with its fruity aroma and harmonious,  round taste. Lastly, go and visit Maratea, a precious locaion embedded in the lovely Gulf of Policastro, is also the location of the behemoth Christ the Redeemer Statue (Cristo Redentore) that rises from Mount San Biagio. 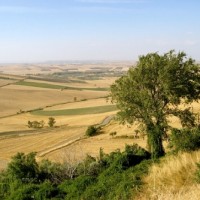 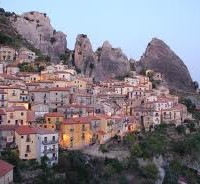 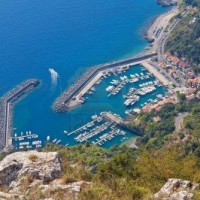 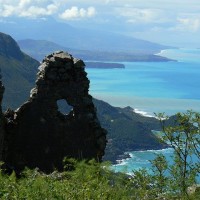 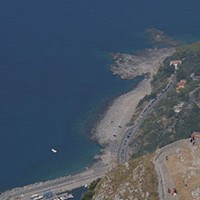 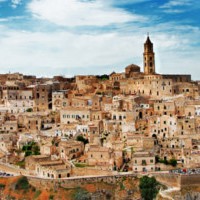