The Pelagie Islands: the heart of the Mediterranean

In the heart of the Mediterranean an archipelago made by the Pelagie Islands stands out in the fragrant Sicily: located between the coasts of Tunisia and the Sicilian one, so much so that those two islands are a proper part of Africa, as Lampedusa and Lampione constituting, with the Indonesia, a rare example of transcontinental archipelago. Lampedusa is very famous, and very close to the Isola dei Conigli, Linosa, Lampione: these are the names of these islands which are so special and truly beautiful thanks to pretty rugged coastlines and high cliffs. 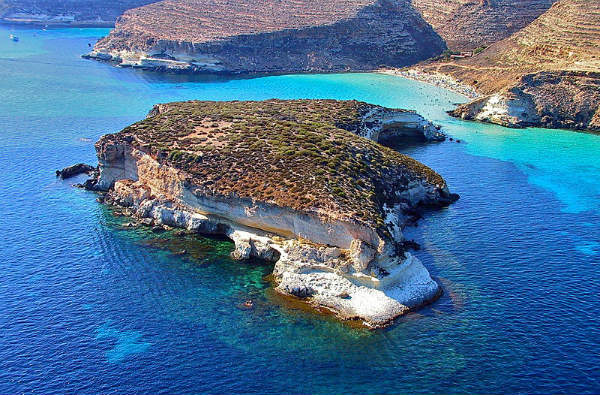 Photo CC BY by Luca Siragusa

We will talk about the three different islands in detail: Lampedusa counts thirty-six kilometers of coastline, and its three points Capo Grecale, Punta Parrino, and Punta Sottile are the conclusive part of its development. It is located in the southernmost part of Italy, and is also the most southern point of Europe. Geographically part of the African territory. this is a land that surprises every visitor for its crystal clear waters and its seabed.

Already she can see colours which are reminiscent of Africa: the ocher of the earth, the sun in a deep blue sky, shining so yellow and hot, the very intense blue sea. The cuisine reflects the perfect combination of Sicily and Africa, offering unique , intense, fragrant flavors based mainly on fresh fish you can catch by boat in the clear waters.

Visitors to this island can choose from a choice of stunning and golden coloured sand beaches. Let’s look in detail.

The Guitgia is the closest beach to the town, and consequently being the most well served in terms of comfort (hotels, transport) and of course it is also the busiest one.

Ditto for what concerns the crowd, Cala Croce, a lovely cove with two beaches. For achieving more privacy and therefore relaxing in peace, you can go to the Baia del Sol, a natural swimming pool which can be reached only by walking along the cliff. Even here, in this remote part of the island, you can rent umbrellas and chairs!

Cala Madonna is small and beautiful, plus here there are “discharged” turtles that WWF takes good care of.

The beach of Cala Galera is reached by visitors just going along a path – the road is not that simple, though, but it is really a great thing to do as  it is a marvellous bay waiting for you as a prize in the end! 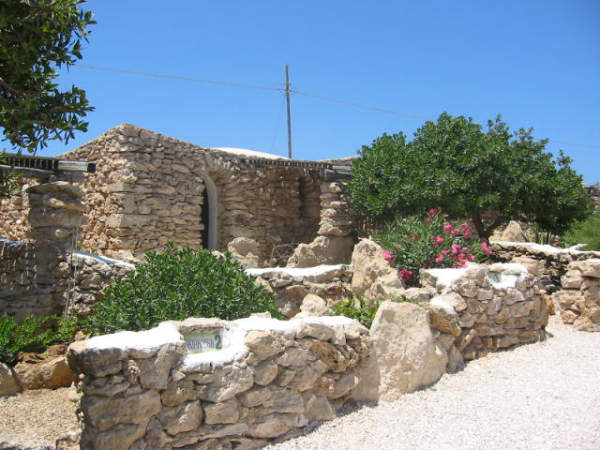 Photos of CC BY by Ezio55

There is certainly another phenomenal location to visit: Isola dei Conigli (Island of rabbits).

This place has the guarantee of the Caretta-Caretta turtles that here lay their golden eggs. And it is indeed the best beach in the Mediterranean Sea, and, for this reason, the island is part of a World Heritage Site.
Cala Pulcino (literally “Chicken Cove”) is a beautiful beach which is reached through a path or passing from the Spiaggia dei Conigli (in this case you have to go up the Collina dei Conigli).

The Beach in Cala Maluk is a little crowded, thanks to a beautiful backdrop and a beautiful landscape. This beach is just across the old harbour and along the runway.

Those travelling with children can opt for Cala Pisana, a beach, with a very clean water and especially well-known for its trampoline that will entertain even greater children and youngsters.

Who loves the rocks can opt for Cala Creta and Cala Calandra that  you reach along the direction of Cape Grecale very easily. Here you will be fascinated by the colours and again by the beautiful backdrop.

Linosa covers just over five square metres. It ‘a volcanic island characterized by majestic cliffs dropping into the sea whose maximum height is 36 meters.
Linosa impresses due to its black lava rock, and for the three mountains that seem to embrace it. Its old town is characterized by pastel-coloured houses that cluster around the small port.
Interesting excursions by boat or on foot towards the mountains. Linosa is the ideal place for those who love to dive and for those who practice the sea-watching.

Lampione is the only of the three islands Pelagie completely deserted. One can therefore speak of a pristine place, with a rich seabed and  perfect to practice diving.

The Marine Protected Area – Pelagie Islands is a real asset for the biodiversity of the Mediterranean Sea as it acts pro the conservation of sea turtles, cetaceans and cartilaginous fish.

The area of ​​this zone is diversified area after area: the volcanic seabed and deep Linosa, the coastal platform characterized by the limestone plateau of Lampedusa and Lampione.

The Pelagie Islands are a focal point to monitor the changes and ecological changes of the marine environment and this thanks to their geographical position which is in the heart of the Mediterranean, and which therefore represents a junction of flora and fauna that are part of eastern basin, hotter, and the West, which is influenced by the Atlantic currents.

How to reach Lampedusa and Linosa
Lampedusa can be reached by air with scheduled flights from Palermo and Catania (Meridiana) and, during the summer season, charter flights from Milan, Rome, Turin, Bergamo, Verona, Bologna; or by sea by ferry or hydrofoil that leaves from Porto Empedocle (Sicily). Linosa is reached by sea from Lampedusa or from Porto Empedocle by ferry or hydrofoil.