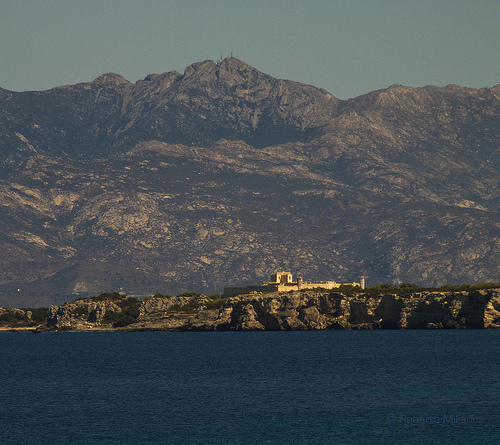 A national park contained on seven islands, Arcipelago Toscano is one of the most famous parks throughout Italy. The seven islands in Tuscany that comprise Arcipelago Toscano are said to be seven jewels that fell from the crown of Venus as she emerged from the sea. The islands, Elba, Giglio, Capraia, Gorgona, Pianosa, Giannutri and Montecristo, make up the largest marine park in Europe.

Weather and Terrain of Arcipelago Toscano
The weather and terrain on the islands is highly determined by the Mediterranean location. All seasons are mild and humid. The winter might bring a bit more wet weather, and breezes are common. The islands are created of different means and range from Capraia’s volcanic rock to Giannutri’s rich bed of sandstone.

The Islands of Arcipelago Toscano
Of the seven islands, only two were ever interesting in a tourist sense. Elba and Giglio held the attention of tourists and were often visited. The other islands had their own uses with Montecristo as a nature preserve, Gorgona, Capraia and Pionosa as penal colonies and Giannutri as a private territory. Land developers were in discussions regarding elite homes on some of the islands and a golf course accessible only by helicopter when the government declared all seven of the islands preserved wildlife areas.

Elba – The location of Napoleon Bonaparte’s famous exile, Elba is home to 30,000 inhabitants. Most live in the capital city of Portoferraio.

Giglio – 1,700 inhabitants call Giglio home. Tourists visit the large beach and view the remnants of the Middle Ages including a 14th century castle.

Giannutri – Formerly a private island, Giannutri is difficult to reach by boat and is reported to be a diver’s paradise.

Capraia – Saved by wildlife preservers locked in battle with real estate developers, Capraia is home to rare plants and animals and is even a temporary home to traveling whales from time to time

Gorgona – Used as a penal colony, Gorgona is smaller than the other islands and is reached by boat only once per week. Part of the island is still used as a prison.

Pianosa – Flat unlike the other islands, Pianosa is still a penal settlement and is off-limits to visitors.

Montecristo – Only a handful of visitors are given a pass to visit this nature preserve. Most of the thousand or so visitors are scientists.