Naples: the city of the seven castles

Naples in ancient times was called the “city of seven castles”. The Angevin were at their best ,  building amazing castles and leaving us an heritage between art and charm. 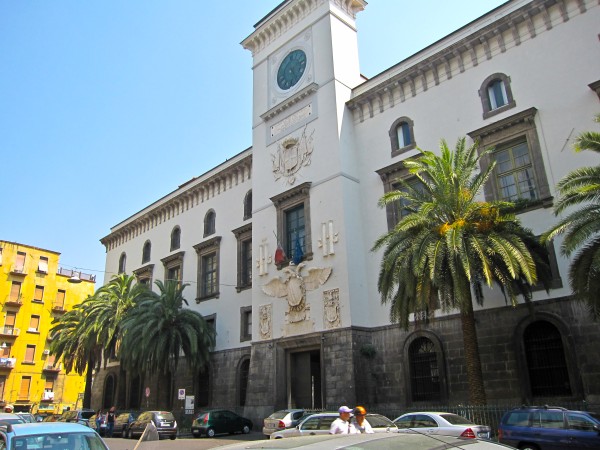 We start our imaginary journey from Castel Capuano, which was erected by the Norman King William I, known as the Bad to distinguish him from his son William II, called the Savior. It was  named so because it is at the end of the decumanus, near Porta Capuana (hence began the road to Capua). William I had it built on the ruins of an ancient ducal building, while in Greek-Roman era stood as an imposing public building, the spa or the Gymnasium. The castle housed the nobility until the Spanish viceroy Don Pedro de Toledo, the same who built the Spanish Quarter, in the sixteenth century,  gathering all the courts of justice of the city and turned it into the courthouse with prison. Famous is the fountain Formiello, built in 1490 as a horse trough, the “Hall of the Busts”, which exhibits the busts of the greatest jurists of the law school and the legal representatives that in Naples has its roots. The building you can see today is the result of the restorations made by John Riegler.

Also in William the Bad was responsible for the start of work of Castel dell’Ovo. It was built on an earlier fortification made by monks who settled on the island in the old days of the ‘Saviour’. The king built a big tower called ‘Normandy‘, with battlements and a breakwater to protect the entrance. According to legend, the castle takes its name from the fact that Virgil would place under the island of Megaride, an egg enclosed in a cage. The fate of Naples would be in the hands of this egg, and it would be safe only if the egg remains intact.

We continue our tour with the famous Castel Nuovo, or more commonly known as Maschio Angioino. It was commissioned by Charles I of Anjou, when he moved the capital of the kingdom from Palermo to Naples. 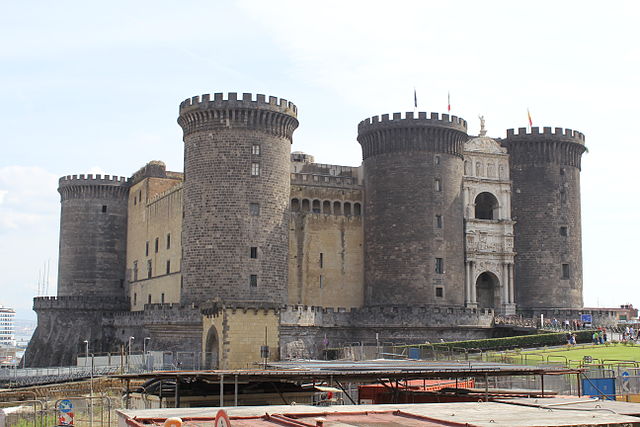 According to the monarch, Castel Capuano could not be a residence worthy of kings and decided that the most appropriate place for the new palace that was the site of the church of Santa Maria ad Palatium.

The castle was built on an irregular quadrilateral plan, with seven or eight towers, of cylindrical shape, located, as well as the corners also along the curtain. It was entered on the north side. But the ruler who gave a strong boost to public housing was Alfonso of Aragon, who took office on the throne on February 26 1443.

Castel Sant’Elmo is a medieval castle overlooking the hill of Vomero. It was formerly called Patricium and stands where there was a church dedicated to Sant’Eframo, which Eramo, Ermo and then Elmo, built in the tenth century. 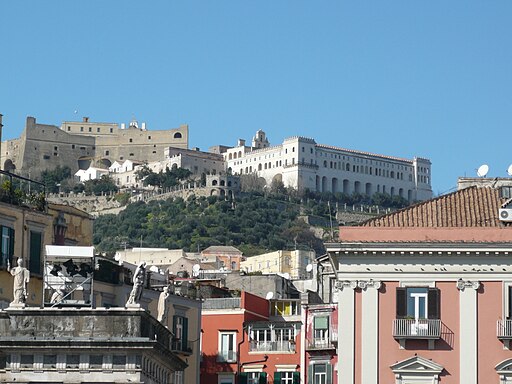 During the Neapolitan Revolution in 1799 it was conquered by the people and then occupied by Republicans and fall the Republic, he became the prison of the most important protagonists of the revolution: Giustino Fortunato, Domenico Cirillo, Francesco Pignatelli Strongoli, John Bausan and Luisa Sanfelice. Today it is a museum.

Castel Carmine was built in 1382 by Charles III of Durazzo. It was placed in the southern corner of the city walls near a tower called Sperone, in the district market. 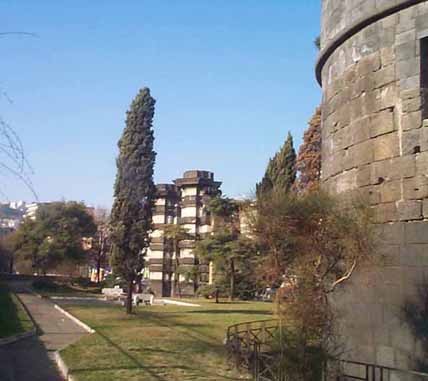 Castle, unconsciously demolished in 1906 to make a poured concrete, it remains only the tower Spinella and a stretch of the Aragonese walls which are next.

Castel di Nisida, built in the sixteenth century was designed by the Viceroy Don Pedro de Toledo as a summit of the defense system that stretched from the Bay to the Spur. With the terrible plague of 1626, the Viceroy Antonio Alvarez de Toledo used it as a hospital to accommodate the sick, while the Bourbons became a prison for political prisoners. Today it houses the Colony Redemption Juvenile. 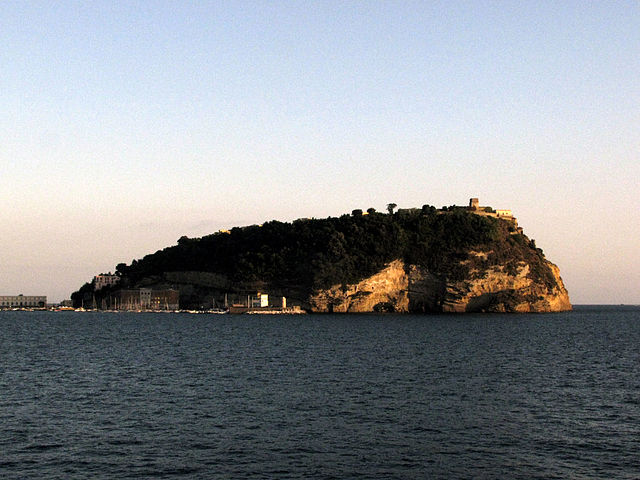 Last, but it not in order of importance, is the fortress of Vigliena, of which little remains today. It was built in 1702 by the viceroy Juan Manuel Fernandez Pacheco y Zuniga, Marquis of Villena, from which it took its name. Known since 13 July 1799, one hundred and fifty revolutionaries led by the priest of Conigliano Calabrian Antonio Toscano were assaulted by three battalions Sanfedists of Cardinal Ruffo.

Toscano decided to set fire to the powder, causing his own death and that of many of his men and the enemy. The fort was, well, half-destroyed by the explosion and was saved only one Republican, Fabiani, who jumped into the sea before the outbreak.