The Park of Monsters in Bomarzo: mysterious Lazio 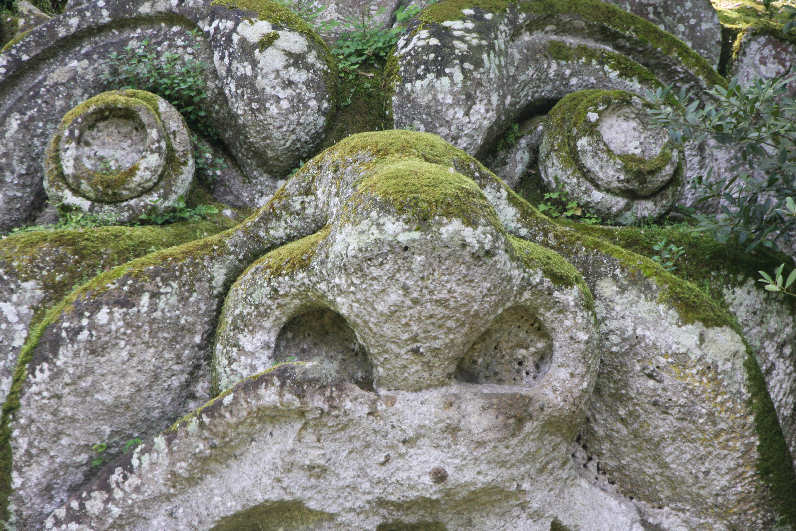 Bomarzo Monster Park is a very interesting and unusual park with statues of mythological creatures. A great location to visit and to bring children, the park is located north of Rome, province of Viterbo in northern Lazio,close the border of the Umbria region.

The park of Monsters of Bomarzo was designed by the architect Pirro Ligorio on commision of Prince Pier Francesco Orsini called Vicino (1523-1585). The heart of the Prince broke down at the death of his wife Giulia Farnese and so he wanted to commemorate his lost love with this park and its incredible sculptures made by Simone Moschino.

The many monstrous statues seem to have a random display. Why? Sol per sfogare il Core (“just to set the heart free”), one of the inscriptions in the obelisks states.

The park saw the light  in 1552 and it was called “Villa of Wonders“, but we have to wait till 1954 to see a revival and finally the opening to the public. Until the twentieth the garden was indeed neglected, but in the ’70 a plan of restoration was implemented by the owners, and now it is an important tourist attraction. The Park played a role also in the artistic suggestions and visions of the 20th Century, thanks also to the romantic and tragic story behind its creation.

A trip between mythology and fantasy, between  Cerberus and Pegasus, Dragons and Annibal’s elephant: all this stroke the minds of Jean Cocteau and the great surrealist Salvador Dalí, who discussed the surreal ambience in the Bomarzo Park.

In recent times, Niki de Saint Phalle was the artist totally captured by Bomarzo. She drew inspiration to create her famous and surreal Tarot Garden, Giardino dei Tarocchi, another great park to visit in Lazio region.

But this is another story and another dreamy location that we are going to tell you about as soon as possible in our next posts. 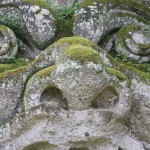 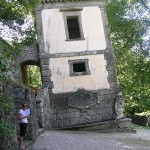 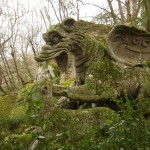 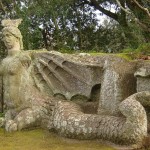 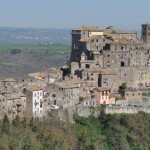