The Memories of the ancient Florence 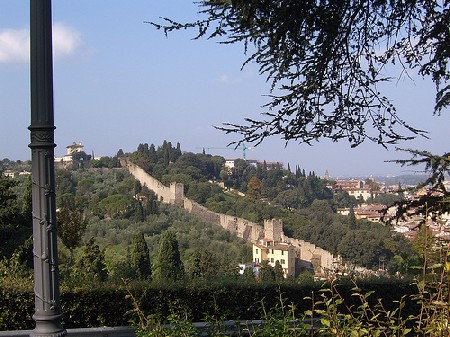 There are 20 places in Florence where visitors feel they are back in the year 1500. That’s what Stendhal felt about this city whose civic spirit floats around and seeps from the houses, buildings and squares: a journey back in time into an ancient civilization. This route touches places with a strong connection between man and the city:
on top of a hillock Bernardo Buontalenti designed Forte Belvedere, a former defensive building and now an important exhibition centre for sculptured works. 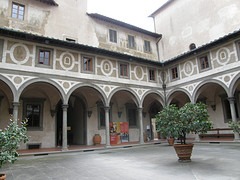 Brunelleschi, another great Florentine genius, almost 2 centuries before had designed the Spedale degli Innocenti.
Another splendid building is the Loggia dei Lanzi built on the design by Orcagna, once a rostrum for important civic events  and a fine open-air-museum.
A building dedicated to man and his thirst for knowledge and research is the famous Astrophysic Arcetri Observatory with its distinctive white domes built more than a hundred years ago. 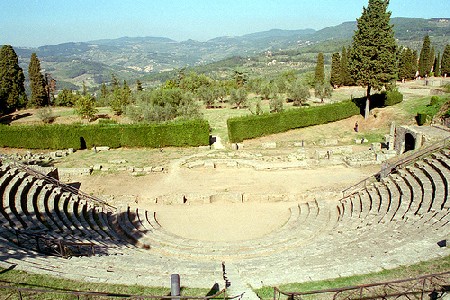 But of course there are thousand of interesting places in a city like Florence.
For instance Stazione Leopolda in Piazzale Porta la Prato, the former ducal railway terminus, which will now be turned into a concert hall.
In the middle of the town visitors will surely stop to admire the newly-restored Fontane di Pietro Tacca in piazza delle Santissima Annunziata, Palazzo Nonfinito in Via del Proconsolo, designed by Buontalenti for Alessandro Strozzi, and the characteristic metal structure of the central market. a bustling shopping- centre and meeting place.
It is also possible to stop at the old Pharmacy of Santa Maria Novella, with its variety of spices and perfumes, and the graceful stuccos of the Teatro della Pergola.
Visitors will be transported far back in time at the sight of the Roman Theatre in Fiesole, a town defined as the “mother” of Florentine culture. 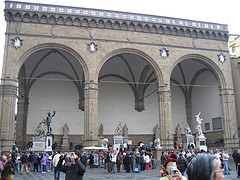 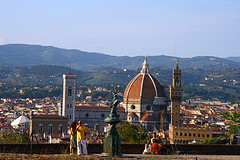