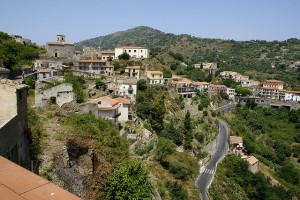 Not necessarily the first thought you have when thinking of visiting Italy, but Sicily is a treat that will delight the senses with a rich history and unique cultural experience. Today the island of Sicily is known usually from various mafia or Mob films as the birthplace of organized crime, but visiting the actual island and the cities there won’t have you running into anyone’s little friend – this is a peaceful place with traces of the ancient Romans and many other cultures as well.

The History of Sicily

In the oldest days, Sicily was an island almost entirely dedicated to agriculture. The fields were almost all covered with wheat and the annual harvest was shipped to the mainland where they fed almost half of the Roman Empire. Vast forests once covered the islands as well, but the same Romans used the timber from the land to create ships for the naval fleets and to build the large wooden homes in Rome that later burned in Nero’s famous fire. What was once rich farmland and forests is almost barren today. The island of Sicily today is mostly arid, dry regions rather than productive.

The Inhabitants of Sicily

Sicily has had many inhabitants over the eons, and traces of those can still be found today. The city of Palermo was founded by the Phoenicians who came over from Carthage. Once the Greeks came to the island, the colonized all of the land and left their calling card in the form of some beautiful temples still standing today in Agrigento, Selinunte and Segesta. Bringing crops with them from the mainland, the Greeks were also the first to plant olive trees and grapes in Sicily that still grow there today.

The Romans left behind ruins of their own with amphitheaters in Taormina and Siracusa as well as catacombs in Siracusa. Following the Romans, the island of Sicily has seen any number of rules from the Byzantines to the Arabs, the Normans, the French, the Argonese, the Austrians, the Spanish Bourbons and finally Sicily was made part of the unified Italy in 1861.

Destroyed by earthquakes and rebuilt to better and stronger, the island of Sicily invites visitors to come and enjoy the passionate nature of the people, who – after countless rulers and occupations – have become fiercely independent and proud of their little island home.