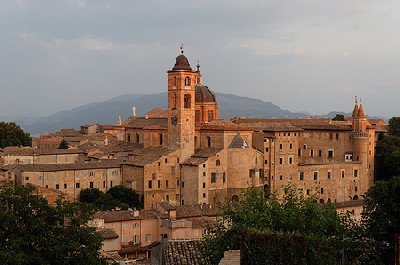 Urbino (Urvinum Mataurense in Latin) is an Italian city of 15,528 inhabitants located in Marches. Since 1998, its historical center is one of the Italian UNESCO World Heritage Sites.
It is located in a beautiful position between the Metauro Valley and the Foglia Valley and boasts an extensive artistic and cultural heritage, covering the whole Renaissance period.
The origins of the first human settlement seem to be old; they go back, in fact, to prehistoric times.

It is the home of one of the oldest and most important universities in Europe (founded in 1506), the University of Urbino “Carlo Bo”. 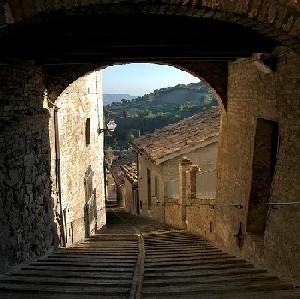 Listing all the beauties of the city in such a short a space is impossible. But we can give advise about the some of the most famous cultural sites of the city:

House of Raffaello Sanzio
This is the house where  Raffaello’s, Giovanni Santi,  father was also born in the fourth decade of the fifteenth century, as it is shown by the plaque on the facade of the house. Raphael was born in 1483. In the small courtyard visitors can see the “rock” where father and son were used to prepare colours. Inside there are paintings, manuscripts and furnishings. Important it is the fresco of “Madonna and Child” in the room where the painter was born.

National Museum of Marches
In the second half of the fifteenth century Urbino was transformed from a medieval village in the Renaissance city by the will of Duke Federico da Montefeltro. In the centre the Duke ordered the  construction of the Palazzo. Its beautiful courtyard is one of the greatest examples of Renaissance architecture. Federico and his wife, Battista Sforza, gathered at the court some of the most famous of artists of that time, such as: Donato Bramante, Paolo Uccello, Leon Battista Alberti and Piero della Francesca. The gallery was established in the Palazzo Ducale in 1912.Among the absolute masterpieces of art history there preserved, we can mention: two of the most enigmatic works of Piero della Francesca, “La Flagellazione di Cristo” and “La Madonna di Senigallia”, and “Il Miracolo dell’Ostia Profanata” by Paolo Uccello and the sublime “Muta” by Raffaello.

Albani Museum
The core of the museum is located on the right side of the Cathedral and is divided into two areas: the new vestry, of the Renaissance, the old vestry built between 1705 and 1720.
The museum took its name from the Albani family which had always been interested in the cathedral. In the first room (old vestry) there are exposed ceramic created in XVI-XVIII centuries coming from the sanctuary of Battaglia. 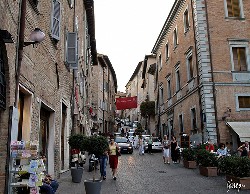 Gessi Museum (Plasters Museum)
In this Museum there is a collection of plasters of ancient sculptures granted by the State Art Institute of Urbino. They are used for didactical purposes. Plasters are copies of statues of the period from the V century B.C. to the Imperial age.

Museum of Printing
The ore of San Lorenzo in Solfinelli, where the Court of Minewas operated, was found in the XVIII century and with the growing use of sulphur mine it became one of the most important plant of Romagna.
In the site of the mine it was built in 1990 a mixed farm and artistic initiative, so moving the first steps to the “Museum Graphia”, the International Museum of the printing.
Where to Sleep. 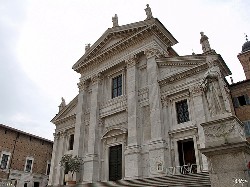 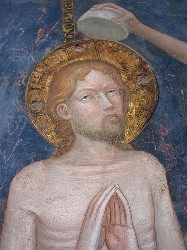