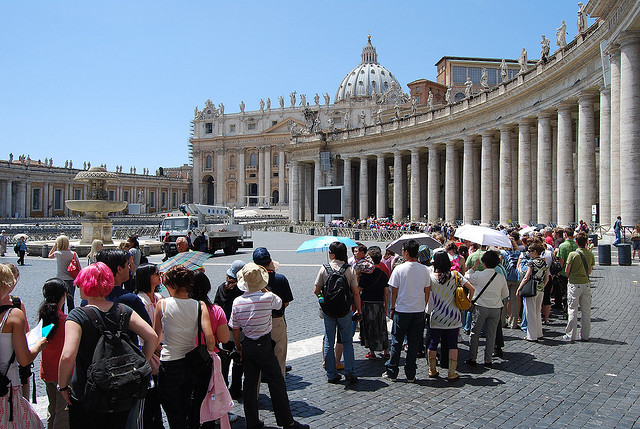 For many of us, a trip through Italy can only be spoiled by one thing – too many people around us. Who can really enjoy amazing feats of architecture and art if you’re shoulder to shoulder with hundreds of other sweaty tourists? The appeal of Italy certainly loses some of its appeal in that circumstance. So it begs the question – how can you enjoy Italy without the crowds?

The biggest season for traveling to Italy is oddly the hottest as well. If you’re looking to beat the crowds (and the heat) simply travel sometime other than July and August. Even moving your trip to the beginning of June – just as summer break starts in the United States will help with some of the crowds as European summer breaks don’t start for another few weeks.

The absolute best months to travel through Italy are the coldest months – the winter months after the holidays including January, February and March. You can also get great deals in the fall months, and with school back in session, this is a nice time to experience fewer crowds as well.

If you’re stuck traveling in the summer months thanks to your own school-age children’s schedule, avoid the biggest cities. Skipping Rome, Venice and Florence may feel like you’re missing out on a huge portion of your trip and you are missing some terrific museums and sights, but you’re also not going to be in with the majority of other travelers.

Head up to the lakes and mountains in Northern Italy and you’ll still get an authentic, cooler experience than you would in the big city. When you’re finished in the north, take a train south into Umbria or another region of southern Italy. It’s less traveled, but just as fascinating with ancient cities, churches and amazing statues as well.

If you really feel strongly about seeing Rome and Venice on your trip, you will have one benefit about traveling in August. This is the month that many Italians go on vacation, leaving much of the city vacant and available for tourists to explore without so much business traffic. Of course, the Italians head out of town to escape the heat, but you might be able to handle the heat a bit better knowing you’ll be able to find a parking spot in downtown.