Three Don’ts for Traveling in Venice 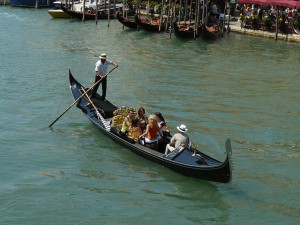 Easily one of the most romantic and sought after cities in Italy, Venice has amazing sights and experiences, but that doesn’t stop many tourists from making mistakes in this great city. Of course, it’s not entirely your fault since Venice has some rather gaping money pits designed to trap unsuspecting tourists.

You may be used to having dinner around six or seven back home, but if you try to eat around six in Venice, you’ll be subjecting yourself to foods designed for tourists on a tourist schedule. The best foods in Venice are prepared for other Italians who know that the hours from six to eight are for cocktails and that real dinner isn’t served until after eight o’clock in the evening. Find a restaurant with a lively bar scene around seven and join in – why not relax after a big day of tourism? Then, when the restaurant starts picking up around eight or nine, you can be sure you’re getting the most authentic meal possible.

Don’t Plan a Trip to Poveglia

If you’re into the haunts and scares of Italy, you’ll find them on the island of Poveglia. This tiny island is near St. Mark’s Square, and it was featured on television as one of the scariest places on earth. The island was where plague victims were sent to die and then it was used for an asylum. Not only is the island said to be haunted, but it’s off-limits to everyone and in absolute disrepair. Since no water taxies will take you here, getting to Poveglia means you’re breaking the law and the rules of common sense.

Don’t Take a Gondola in the Summer

The summer may be the most popular time of year for tourists in Venice to take a gondola ride. Unfortunately, the gondola’s are a huge draw for tourists and are subsequently overpriced. Starting around 80 Euros (that’s without the obligatory tip) the forty minute trip around the city snuggled together should be romantic, but unless you’re going in the cooler months of the years, you’re probably going to have less thoughts of romance and more thoughts of, well, sewage.

The weather in the summer is hot and humid, and the canals of Venice, while pretty, get a bit warm and a bit smelly. Sitting down practically in the smelly water while you sweat in a gondola is probably not anyone’s idea of a romantic trip through Venice.