The Papal Basilicas in Rome 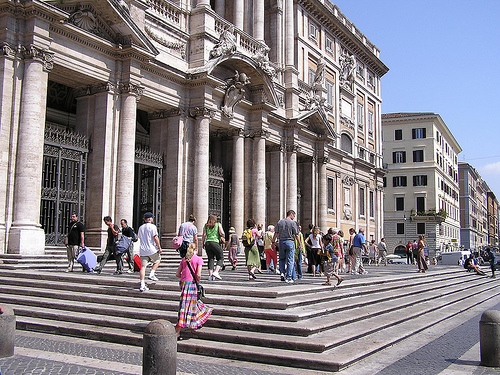 Inside Saint John Lateran, you’ll find statues of the Twelve Apostles and the Scala Sancta which includes portions of the stair case believed to be ascended by Jesus Christ during his sentencing prior to crucifixion. The Basilica of St. John Lateran is located on Piazza San Giovanni.

Basilica of Saint Mary Major
Located on the Esquiline Hill, Saint Mary Major is widely visited. The interior and powerful exterior mark the church as well as its importance as the major Papal Basilica dedicated to the Blessed Virgin Mary, the mother of Jesus Christ.  Originally built in the 5th century, portions of the Basilica date back to the Council of Ephesus, which declared Mary as the mother of God.

Basilica of Saint Paul Outside the Walls
Outside of the Aurlian Walls, Emperor Constantine constructed a basilica on the supposed location of Saint Paul the Apostle. Saint Paul has been one of Jesus Christ’s closest disciples and was martyred during Emperor Nero’s reign in the mid-first century. Over the years, the Basilica was enlarged, updated and restored with interesting additions and redesigns. Today St. Paul’s is known for its mosaics, cloister, altars and frescos. The Basilica of Saint Paul is located on Via Ostiense.