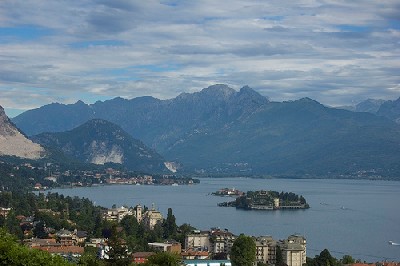 Stresa is a town of about 5,000 inhabitants and is situated in the north-east of Piedmont, opposite the Borromeo Gulf and the Borromean Islands (Isola Bella, Isola Madre and Isola dei Pescatori), and for the fascinating panorama it offers, it is easy understandable how this city could become one of the largest gatherings of international tourism.
Its tourism development began in the eighteenth century, in fact many of its villas were built at that time. 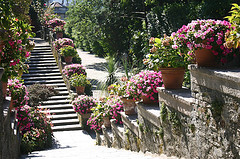 The strongest growth has been at the beginning of 1900 and it is precisely in this period that the beautiful Liberty hotels were constructed on the lake (Lake Maggiore).
Today, also thanks to the imposing hotel network, it is a sophisticated holiday resort and an important seat of cultural events as meetings and conferences of international importance. 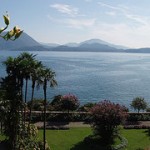 On the beautiful beach on the lakefront there is Piazza Marconi with its pier and the Parish of St. Ambrose, rebuilt in neoclassical style in 1790. Villa Ducale is also valuable, being the first to be built in 1770.
The Settimane Musicali di Stresa (musical weeks) e del Lago Maggiore are undoubtedly a significant event in the panorama of European festivals of classical music. This Festival attracts each year attract artists and groups of international fame. 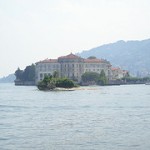 In 2009, the Stresa Festival has opened its 48th edition with the  Spring Concerts, five events organized in the beautiful flower gardens along the lake; the Festival has then continued during the summer with Meditations in Music, from August 1 to August 9 and it will finish with Meetings and Dialogues, from August 21 to September 5.
In the latter period, will be present in Stresa: the London Symphony Orchestra, the Radio Sinfonie Orchester Frankfurt, the Royal Northern College of Music Orchestra, the BBC Philharmonic Orchestra and many other important personalities.
For more information on the 2009 Programme, connect to:
http://www.stresafestival.eu/en/festival/festival_2009/programma_2009.html
Where to sleep. 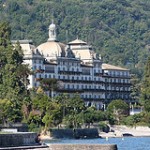 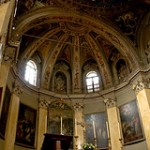 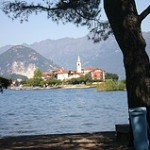