Tavolara: the smallest kingdom in the world. 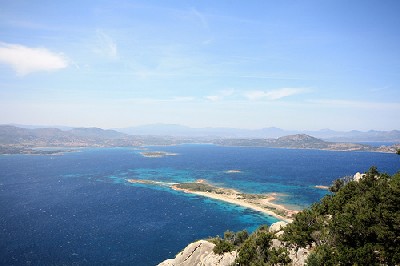 Tavolara is an island of 5.9 km² in the north-eastern sea of Sardinia, in the historical and geographical region of Gallura, belonging to the town of Olbia in the province of Olbia-Tempio.
Unique and original, it is the largest and most impressive island that overlooks the coast and it retains its natural landscape due to the ban on building imposed by the city of Olbia. 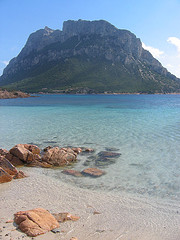 The island looks like a majestic limestone massif coming out form the sea, roughly rectangular in shape, about 6 km long and 1 km wide. The Head on the west side of the island (Spalmatore di Terra) faces Sardinia and hosts the limited civilian settlements on the island, extensive beaches, a tiny port and typical restaurants.
There are also landings for small boats, which link the island with the port of Porto San Paolo. On the island there is a NATO military base, run by the Italian Navy.
It was called Insula Hermaea by the Romans and during the Middle Ages almost certainly was not permanently inhabited but used as a military defence. It seems that shortly after the year 1000 a colony of pirates has settled on. After the arrival of the Genoese settlers, at the end of the eighteenth century, the population grew up to a maximum of sixty people, mostly thanks to the arrival of fishermen from Ponza looking for lobsters. 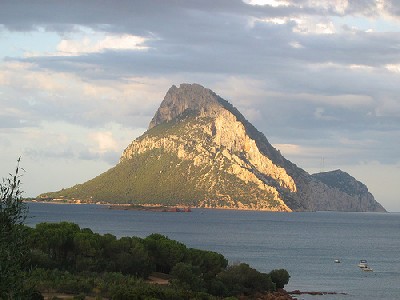 At the end of 1700 the family Bertoleoni reached the beautiful uninhabited island of Tavolara. They settled here, built their home and devoted themselves to farming of wild goats. Joseph Bertoleoni, the head, during the visit of the king of Sardinia Carlo Alberto, presented himself as the king of Tavolara and only in the late 800’s the island was officially recognized as a kingdom. Even today, in the museum of Buckingham Palace in London, there is the photo of the royal family of Tavolara within the collection of portraits of royal families of the world. Under the photo is the statement: “The Royal Family of Tavolara in the Gulf of Terranova Pausania, the smallest kingdom in the world.”
Today about 20 people are living in Tavolara, including the descendants of the family Bertoleoni, which are no longer the owners of the island, but they are still committed to protect and preserve the island and its history. The island hosts the tombs of the first king of Tavolara and his descendants and relatives. 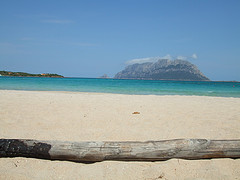 Not to be missed is the Museo del Mare (Museum of the Sea), which houses a small but interesting exhibition of archaeological finds and tells the story of this corner of Gallura.

For lovers of diving, the Marine Park is a charming destination.
The Natural Marine Protected Area of Tavolara – Punta Coda Cavallo spread along one of the most beautiful and evocative coast of the Mediterranean Sea.
It is not far from the Costa Smeralda and covers about 15,000 hectares with crystal clear water.
The fact that two thirds of the area are closed to the has allowed the preservation of rare botanical species.
Every year in July there is a festival of Italian cinema “A Night in Italy”, which attracts thousands of fans and curious.
Actors, directors and producers of great importance participate to this event. A review of rare beauty in the frame of a wonderful islend.

Getting there
The island can be reached from the port of Porto San Paolo with boats that bring in ten minutes to the beach of Spalmatore di Terra. During the summer from Golfo Aranci there are boat trips stopping in the most beautiful places of Tavolara, Molara and Molarotto.
Where to sleep. 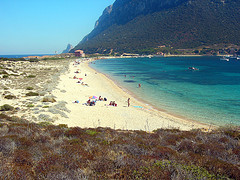 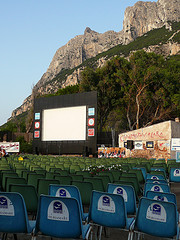 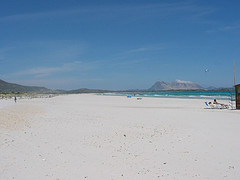