Verona is one of the most famous cities in Italy. It is located in the Veneto region and has about 250,000 inhabitants.
UNESCO has declared this a World Heritage City. This for its urban structure and its architectural richness.

The city’s origins date back about 2000 years ago and since then has continued to develop preserving the artistic elements of each period while maintaining the historical imprint of a fortified city.

Each year, Verona is a tourist destination for about 3 million people who come here to enjoy cultural events such as the Opera Season in the Arena or the Verona Summer Theatre and to visit its monuments. 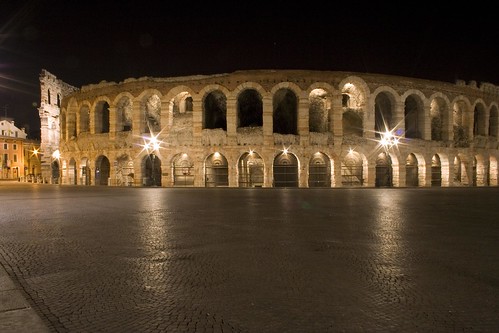 Among the most famous monuments of the city there is the Arena of Verona, located in the city centre, which has become its symbol. The Arena is an ancient Roman amphitheatre housing the famous performances of the Opera Season and in winter the Review of the Nativity of the world.

Piazza delle Erbe is the centre of the ancient city. Today it is home of a fruit and vegetable market open every day.

Piazza Bra is the largest square in the city (its name comes from this, Bra means great) and it is the centre of the city. 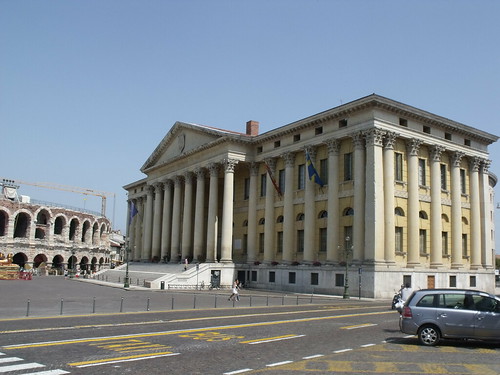 Piazza dei Signori (or Piazza Dante, as many people call it) is located in the heart of the old town. The monumental buildings around the square are joined together by large and small arches, offering an imposing view.

Among its monuments the Cathedral is one of the most important. This is located in the medieval part of town and it is in the Romanesque style, although this is the result of the last reconstruction.

Its origin is much older. In a distant past in its place there were in fact two early Christian churches. 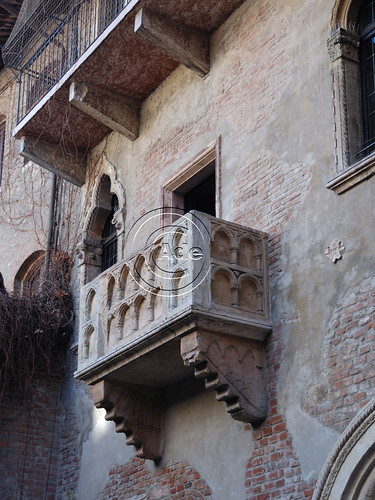 But Verona is well known for its ties to Romeo and Juliet. Many tourists come here just to see Juliet’s house and leave a love note on the wall of the hallway leading to the famous balcony.

The house has a fourteenth-century architecture and the tiny balcony looks like a minute gem full of poetry.

Romeo’s house is located in Via delle Arche and it is not very far from that of Juliet, but, although the architectural importance of Montecchi’s house is not lower than that of Capulet’s house, dreams of love are assigned to Juliet and then few tourists leave their testimony on its walls.

The richness of Verona does not end up here, but if the whole city was declared a World Heritage Site, just walking in and wandering with a careful look will give you the opportunity to admire its charm and its art.