Celebrate the New Year in Italy 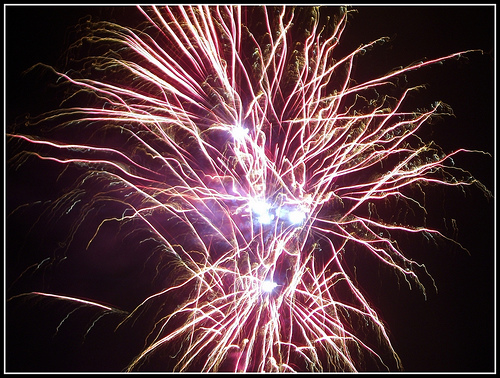 All festivals and holidays have an extra bit of fun and frivolity in Italy, and New Years is no exception. As this is being written, Italians have already rung in 2010, but if you’re planning a trip to Italy over the holidays in the future, being in the country on New Year’s Eve is certainly worth enjoying.

The Italian New Years
In Italy, New Year’s Eve, or December 31, is called La Festa di San Silvestro. After midnight rolls around, on New Year’s Day, the local residents will be celebrating Capodanno. Well before midnight, if you’re Italian, you’ll be seated with the family eating a large meal consisting of pork and lentils. The pork is a symbol for the richness of life while the lentils represent money and good fortune.

This is a tradition that is found in many other areas of the world as well, with different foods having different meaning and significance at the New Year. During the meal, you might toast Capodanno with spumante or prosecco, both Italian sparkling wines.

Celebrating New Years
Once the meals are complete, the Italians take to the streets to enjoy dancing and festive fun with friends. There are many locations in each city that feature firework displays at might night.  Out of the major towns, you might be more likely to find a large bonfire as the center of the public celebration. The bonfire lasts until dawn in most cases welcoming the New Year in a fiery way.

Some cities have large concerts and outdoor events for the masses on New Year’s Eve. One of the most popular is in Rome’s Piazza del Popolo. This event is so popular, people will camp out for days to ensure they have a good spot in the piazza.

Other traditions in Italy include wearing red underwear to symbolize luck on New Year’s Eve and a bit of housecleaning. An older Italian tradition tells that tossing out old furniture is good luck as a sort of cleansing in preparation for the New Year. If you’re walking the streets at midnight, be very aware of what’s happening above you as you might be surprised by a flying appliance or night stand.

The New Year in Italy
The winter is a low season for Italy, but prices do go up around the New Year. Restaurants in Italy are also usually closed on New Year’s Day. Be sure to plan ahead for this inconvenience by scouting an open location the day before or by stocking up on enough food to get you through the day without a restaurant.